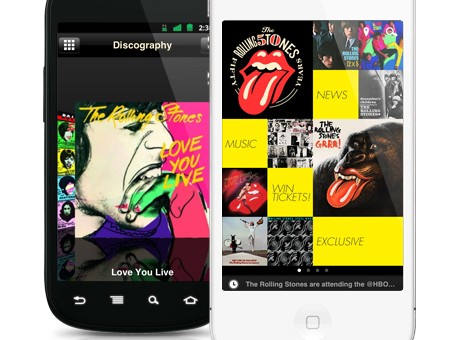 Mobile Roadie posts on their blog that music legends, The Rolling Stones, released their official app in celebration of their 50th Anniversary. Released less than 24 hours ago, the app has already been covered by the Hollywood Reporter, Music Ally, Rolling Stone, Ultimate-Guitar, Orange UK News, and many more news sources.

Fans who download the app can keep up to date with all things Rolling Stones, watch videos, listen to music, and check out tour dates. But what make the app special (besides the fact that it’s the Rolling Stones!) are two features: