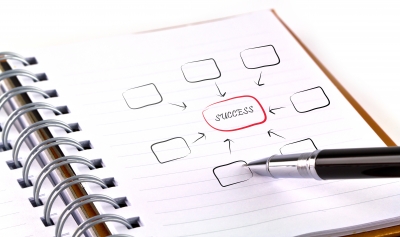 The Idea – get one, try it, evaluate it

So how do you start entering the fastest growing industry in history? One thing is for sure, you can jump on the train and be part of it. It’s not complicated. Whether you have a blog, a website, a restaurant, a large corporation, a campaign, event, a band etc the DYI (do-it-yourself) platforms are there for your specific need. But the competition is fierce and your are not the only one entering the market.

First off is the idea. What exactly are you going to do? Having a good idea is not the same as having a good “business idea”. It is only when you see that the idea you have is possible to earn enough money as it can be converted into a business idea. That is the foundation. Think about the idea and ask yourself these evaluating questions: 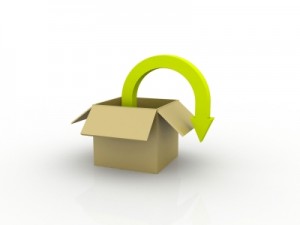 Does the app solve a problem no one else has solved? Cause if an app solves a common problem that nobody have solved, than your app has a lot of potential..think outside the box. Maybe there are apps out there that has tried to solve it but not succeeded, what is your strength in that case?

Are there similar apps out there? If your answer is “yes”, think again before you continue. Is your app significantly better, does it have a twist, i.e what makes your app better? If you can’t think of an answer, well maybe you should not continue. I cant count the number of times I have had a revolutionary idea..but that’s before I looked at the market and discovered what out there. Remember, the competition is fierce.

Does the app make people laugh? Guess what, really funny and successful apps can fastly be spread, creating a buzz. Your app doesn’t have to be useful or fill a need to your target group. It can be just funny.

Will your app be in the category popular? Although the app solves an everyday problem that no one else solved, you should ask yourself if it’s in a category that interests smartphone users. Some categories have far fewer downloads than others, and thus harder to find for the surfer compared with the popular apps.

Is the app internationally recognized? It goes without saying that an app that is internationally recognized also have greater potential than one that only turns to your local market. There are more than 200 million iOS users out there and growing, think about how to attract a large proportion as possible. Don’t limit yourself. You should though keep in mind that if the app depend a lot of text content then it must be translated into several languages, which also means a larger cost into the project. But an app does not need to be extremely successful to be profitable if you turn to a larger audience. Is there a market for it throughout the world, it can generate a steady income which admittedly is a bit smaller than the big dragons, but still not to be despised.

One thing that almost everybody does is evaluating the app idea to friends and families. If you haven’t done that already that is a really good thing to do. Your closest people makes you think of solutions, problems, improvements that you haven’t accounted for..trust me. And hopefully they do it with honesty and ask you inconvenient questions. Try to convince them, explain why your app will succeed. If you can’t do that, think again.

Since we are focusing on the companies having the DIY platform on this site keep in mind that these platforms cant do everything, but they can do alot. Try to read the revews on this site, get an understanding on the different platforms out there so that you can fit your idea into their platform. If not, then move on to the developers and get ready to spend some extra money.

Next Lesson in The App School is “Naming your app”.

If you need more information about app ideas, here are some external links.