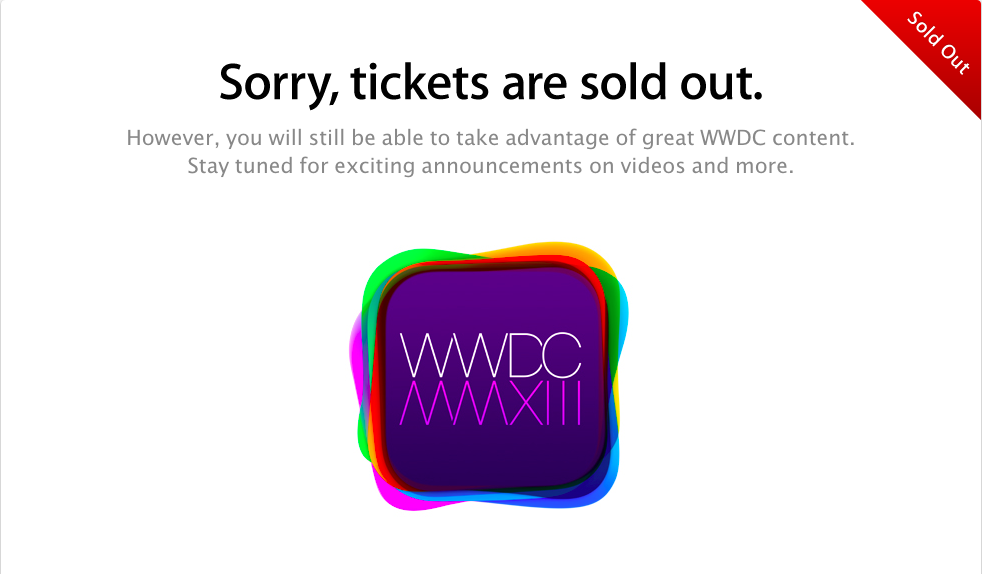 As createownapps reported some days ago the tickets to Apples worldwide Developer Conference often referred to as WWDC was just released. I hope you were fast if you tried to get the tickets, cause it was sold out in 120 seconds! Many buyers were unable to even reach the purchase page probably due to the massive interest.

The WWDC is historically were Apple unveils its latest software efforts. And think of all the new ideas and opportunities you get!

As Mashable reports the demand for the WWDC tickets has grown substantially in the past five years, thanks to the influx of iOS developers and the broader app ecosystem. And for Apple, seeing the demand so high maybe they are considering a larger venue next year or multiple developer events around the world. Time will tell.

The WWDC is held in San Fransisco and if you by chance are there but didn´t get any tickets it might still be really good. There are many developer meet-ups and networking opportunities.